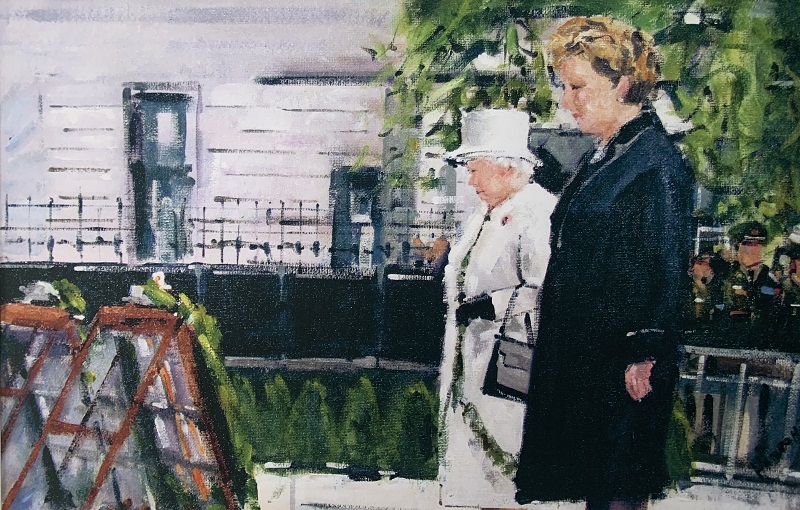 Michael Hanrahan paints from his studio and gallery in Lahinch, working in watercolour, acrylics and oils.

In 2010 Michael was appointed by the Irish Government as the official artist for the historic Royal visit of Queen Elizabeth to Ireland. He subsequently visited Buckingham Palace to personally deliver his oil painting. It is part of the Royal Collection which includes works by the old masters.
Michael is now the only living Irish Artist with work in the Royal Collection. Three of his paintings hang in Buckingham Palace.

Michael was commissioned to paint two works commemorating Barrack Obama’s visit to Ireland. One was presented to U.S Ambassador Dan Rooney in Dublin and gifted to Barrack and Michelle Obama and was delivered to The White House, in Washington. 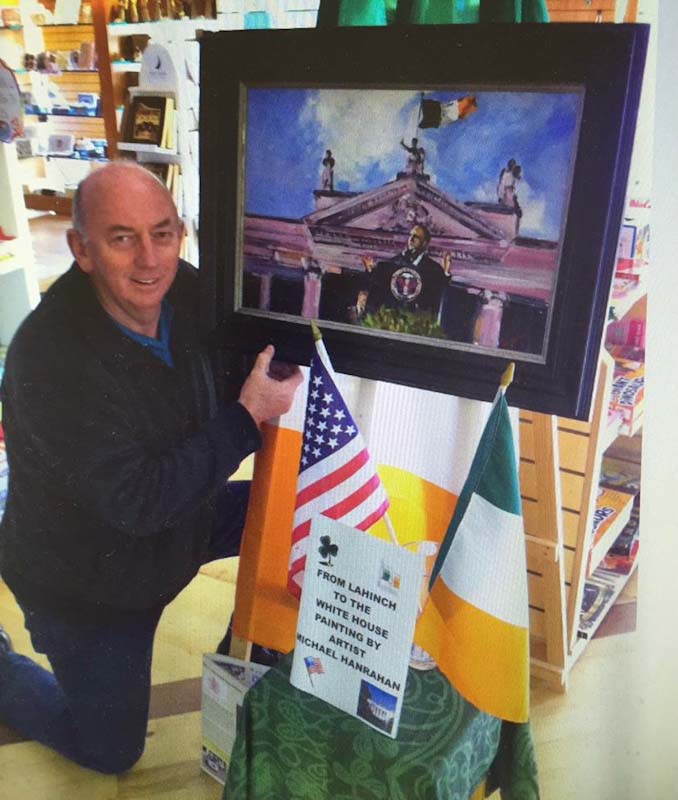 Michael has just released a new collection of watercolours. All paintings are original, signed, unframed and use Arches watercolour paper and are available from the gallery to purchase. Free shipping nationwide in Ireland. For international clients purchase the product and email us for shipping. Shipping charges from Fedex are generally €35.
See Michael's Work
We use cookies on our website to give you the most relevant experience by remembering your preferences and repeat visits. By clicking “Accept All”, you consent to the use of ALL the cookies. However, you may click on "Cookie Settings" to provide a controlled consent.
Cookie SettingsAccept All
Manage consent

This website uses cookies to improve your experience while you navigate through the website. Out of these, the cookies that are categorized as necessary are stored on your browser as they are essential for the working of basic functionalities of the website. We also use third-party cookies that help us analyze and understand how you use this website. These cookies will be stored in your browser only with your consent. You also have the option to opt-out of these cookies. But opting out of some of these cookies may affect your browsing experience.
Necessary Always Enabled
Necessary cookies are absolutely essential for the website to function properly. These cookies ensure basic functionalities and security features of the website, anonymously.
Functional
Functional cookies help to perform certain functionalities like sharing the content of the website on social media platforms, collect feedbacks, and other third-party features.
Performance
Performance cookies are used to understand and analyze the key performance indexes of the website which helps in delivering a better user experience for the visitors.
Analytics
Analytical cookies are used to understand how visitors interact with the website. These cookies help provide information on metrics the number of visitors, bounce rate, traffic source, etc.
Advertisement
Advertisement cookies are used to provide visitors with relevant ads and marketing campaigns. These cookies track visitors across websites and collect information to provide customized ads.
Others
Other uncategorized cookies are those that are being analyzed and have not been classified into a category as yet.
SAVE & ACCEPT

You have Successfully Subscribed!